Showing posts with the label abstraction
Show all 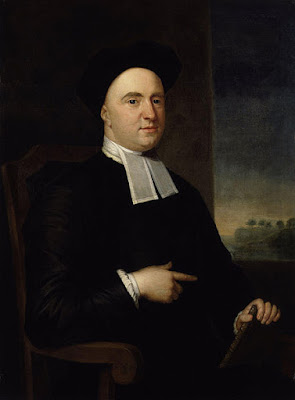 George Berkeley, 1685 - 1753 Painting by John Smibert (d. 1751) _________________________________ George Berkeley—12 March 1685 – 14 January 1753) – known as “Bishop Berkeley” ( Bishop of Cloyne ) – was an Irish philosopher whose primary achievement was the advancement of a theory he called “immaterialism” (later referred to as “ subjective idealism ” by others). This theory denies the existence of “ material substance ” and instead contends that familiar objects like tables and chairs are only “ideas” in the minds of “ perceivers ” and, as a result, cannot exist without being perceived. Berkeley is also known for his critique of abstraction , an important premise in his argument for immaterialism. Berkeley was the namesake of the city of Berkeley, California , which is most famous as the home of the University of California, Berkeley . Berkeley College , one of Yale University’s 14 residential colleges, is named after George Berkeley. In 1709, Berkeley published hi
Post a Comment
Read more
More posts
Home