Showing posts with the label Holidays
Show all

Sunday, April 12, 2020
“‘Easter’ is a movable event, calculated by the relative positions of sun and moon, an impossible way of fixing year by year the anniversary of a historical event, but a very natural and indeed inevitable way of calculating a solar festival. These changing dates do not point to the history of a man, but to the hero of a solar myth.” ~ Annie Besant was a British socialist , theosophist , women’s rights activist, writer, orator , educationist , and philanthropist . Regarded as a champion of human freedom, she was an ardent supporter of both Irish and Indian self-rule. How is Besant’s assertion ironic?
Post a Comment
Read more 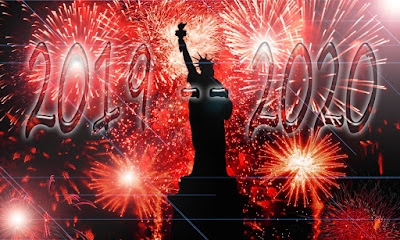 Thursday, November 28, 2019
“On Thanksgiving Night, 1942, when I was fifteen years old, white racists burned our house to the ground.” ~ Coretta Scott King   In Jim Crow America, rampant racism and crimes against African-Americans did not take a holiday. While most families were able to celebrate Thanksgiving in peace and harmony, many African-Americans could not. What was your worst Thanksgiving ever and how did it compare to that of Coretta Scott King’s?
Post a Comment
Read more

Thursday, October 31, 2019
“I’m not a real Halloween kind of guy, because Halloween is every day.” ~ Al Jourgensen, frontman for “Ministry,” an industrial rock band   How is Jourgensen’s claim true or false? What does his statement reveal about him? How does it fit within his musical background?
Post a Comment
Read more
More posts
Home